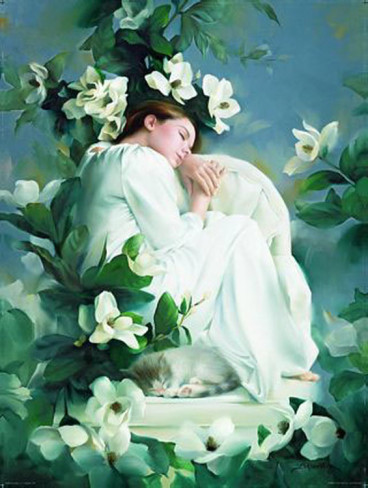 In time for Easter or as a nice supplement  for Bible studies!

This is a lovely and well put together set of short videos about the life of Jesus.

While it is from the LDS church  (we are definitely NOT LDS)  it is based off of the KJV of the Bible.

It’s  pretty much word for word without  any sweeping conjunctions from producers ~ my biggest  pet peeve  when it comes to Bible based movies! 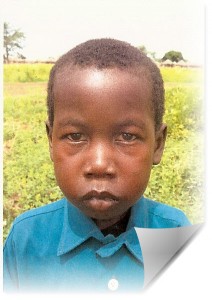 This is six year old Adam from Ghana!

We are so excited to begin sponsoring him through World Vision!

This is something that’s been on my heart to do for a long time and I’m thrilled for us to have a way to help someone and have the children involved.

What we’ve done is divide up the sponsorship fund by the number of people old enough to commit to seeing it through. So, James and I, Violet, Gretchen, and Duel will each have to contribute $7.40 a month to cover our share. The children will accomplish this by doing extra chores for money. So the benefit is twofold, while they’re doing things that help us as a family  they’ll also be spending time and energy to improve the life of this little boy!

I so want the children to understand that life elsewhere is NOT like life here. I want them to gain some sort of understanding of just how priviledged they are. Using this venue will allow them to develop a relationship (through letters and sending packages) and feel a sense of responsibility towards improving some one’s life in a tangible way.  We hope that it will start the seed of a servants heart and encourage them in caring for others.

Let all that you do be done in love.

If you are determined to have the world and the things of the world, its pleasures and its rewards, its follies and its sins; if you must have your own way, and cannot give up anything for Christ and your soul; if this be your case, there is but one end before you.

I fairly warn you, I plainly tell you, you will sooner or later come to the unquenchable fire of hell.

No matter how much you may exhort, plead, explain, punish, and beseech  you cannot turn anyone’s  head one iota  when ALL they long for is the glitz and false freedom of the ‘world’.

All of the ‘been there, done that’  advice and the desire to save them pain from foolish mistakes falls on deaf ears when there is not even a crack in their shell of ‘love of self’.

All one can do is pray that when life hits them hard … and it will eventually….it will crack the shell rather then cause them to reinforce it further. Perhaps even a small crack will cause some spiritual hunger that will change their value system….the uphill battle to fully adopt the values of Jesus rather then the cheap humanistic values that are ingrained in us.