We use equizshow.com  to make Jeopardy style study guides.

We have game buzzers … but they’re awfully hard to use. Even though they each  make a different sound,  it’s impossible to tell who buzzed first.

But it’s still more  fun than studying on your own. 🙂

Playing this gives the kids a good idea of what kind of information will be on the test. After we’ve played,  they can use it all they want for studying.

So, one question was ‘What caused Athens to be able to have it’s Golden Age?’

As soon as we’re caught up on a couple of things we’ll be trying  out skits and productions using this ….. 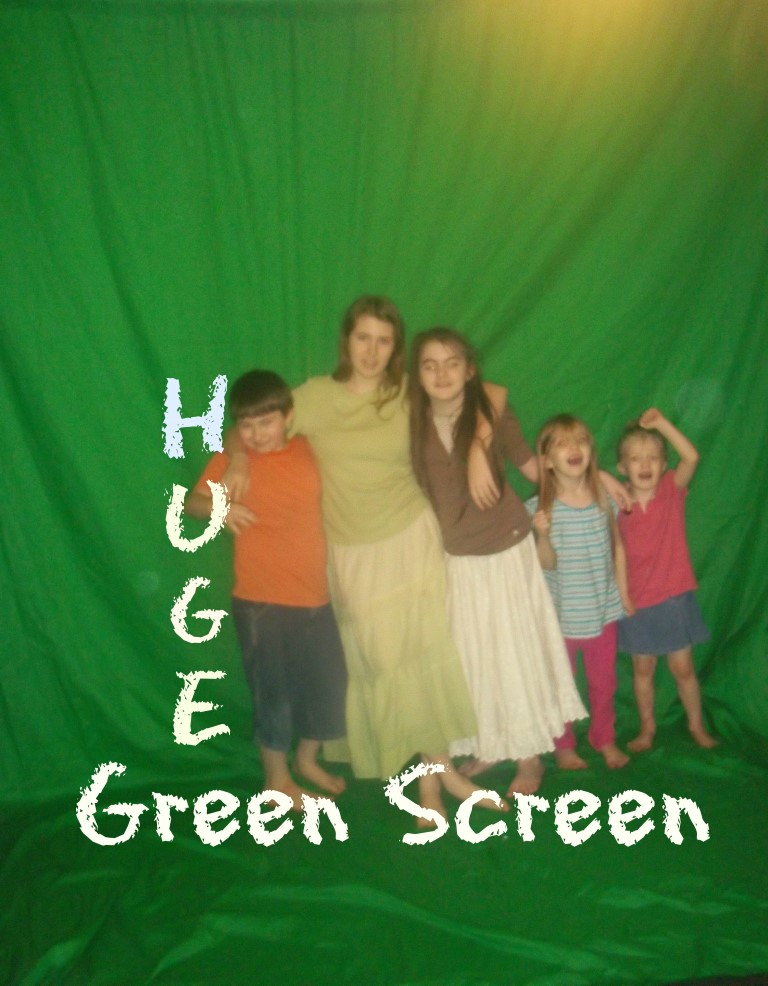 This is a really lousy picture, but it’s the only one I could take before the camera died. Nothing could persuade me to unroll this monstrosity  just for the purpose of taking a decent photo!

I’m really excited for the kids to begin using this! Not only does it open up endless possibilities for productions, but will also give them a  chance to really get familiar with the editing software.

I’ll be doing the first one, just so I know how to use the green screen features. After that, I plan on just being background help for if they get stuck on something.

I was supposed to have them posted by the 26th, since Friday was our last day of the first quarter, but last week was a sick week… a nasty virus had taken over our home!

Anyhow, it did provide the opportuntiy to find a bug in the admin program. The report cards are for first quarter, however there’s second quarter grades listed from tests they took last week.

(they did pretty well considering!)

This website uses cookies to improve your experience while you navigate through the website. Out of these, the cookies that are categorized as necessary are stored on your browser as they are essential for the working of basic functionalities of the website. We also use third-party cookies that help us analyze and understand how you use this website. These cookies will be stored in your browser only with your consent. You also have the option to opt-out of these cookies. But opting out of some of these cookies may affect your browsing experience.
Necessary Always Enabled

Any cookies that may not be particularly necessary for the website to function and is used specifically to collect user personal data via analytics, ads, other embedded contents are termed as non-necessary cookies. It is mandatory to procure user consent prior to running these cookies on your website.