World Down Syndrome Day is March 21!

This story just grieved my heart so much.

What a shame that human life is treated so callously.

In a nutshell: Ariel and Deborah Levy sued and won a 2.9 million dollar “Wrongful Birth” lawsuit because they were not able to abort their Down Syndrome daughter due to a botched prenatal screening.

Our beautiful Thaddeus has Downs Syndrome. I can’t imagine NOT having him ~ much less ever thinking “had known about this beforehand – I would have terminated”. 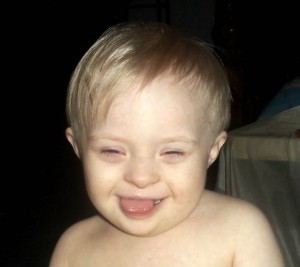 These parents fully admit (it’s the backbone of their case) that had the testing showed their daughters’ condition that they would have aborted.

Wait… aborted is such a benign word. Let’s use a word that’s a bit more frank…

They would have murdered her.

But… they love her very very much.

BUT…. they sued the doctor for WRONGFUL BIRTH.

Ummmm…. Is it just me, or is the hypocrisy overwhelming?

I am complete baffled by the thought process. IF they love her so much, they should be on their knees thanking God for the wrong test results. Because of those wrong results they have a daughter that ~ if they will accept her differences~ bring them much joy.

They claim they need the money in order to properly care for her. That argument is wrong on so many levels and certainly doesn’t validate their stand. Unless your child has severe ongoing medical issues or you opt to enroll in expensive extra therapies, raising  your DS child is not going to cost anywhere near millions of dollars. Minus medical issues that may arise, a child with Down Syndrome need not cost any more then any other child.

I see it as greedily taking advantage of a situation. First of all, genetic prescreenings are NOT 100% accurate. Medicine is not an exact science and no doctor can give you an absolute anything. Second of all, there are a myriad of conditions that genetic testing does not diagnose.

I can understand suing a doctor/hospital if their actions or negligence CAUSED something to happen to your child but in this case there is nothing that the doctor could have done to lessen or prevent the condition.

The only thing that could have been prevented is the parents having to deal with the condition.

Many people with limited finances manage to raise a child with a “disability” (for lack of a better word) to be happy productive adults. Not only that, but in the case of Downs Syndrome, unless there is severe mental retardation, the child can be raised to be semi or even fully self sufficient.

If your DS child IS severely retarded… well, what if your child had been born that way without any other conditions? It happens.

The best things you can give your child, regardless of whether or not they have a condition, may cost you time, energy and patience …. not money.

For you created my inmost being;
you knit me together in my mother’s womb.
I praise you because I am fearfully and wonderfully made;
your works are wonderful,
I know that full well.
My frame was not hidden from you
when I was made in the secret place,
when I was woven together in the depths of the earth.
Your eyes saw my unformed body;
all the days ordained for me were written in your book
before one of them came to be. 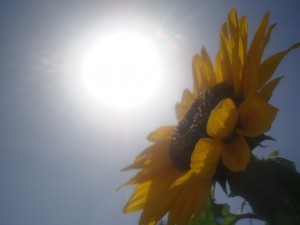